On October 25, 2016, the port of Vanuatu on the South Pacific was crowded. In this island country with an underdeveloped economy and a population of only 265,000, four Trinity cranes made a spectacular appearance. It was a big event. TV stations came to purchase and the people also came. Come and visit and be amazed. 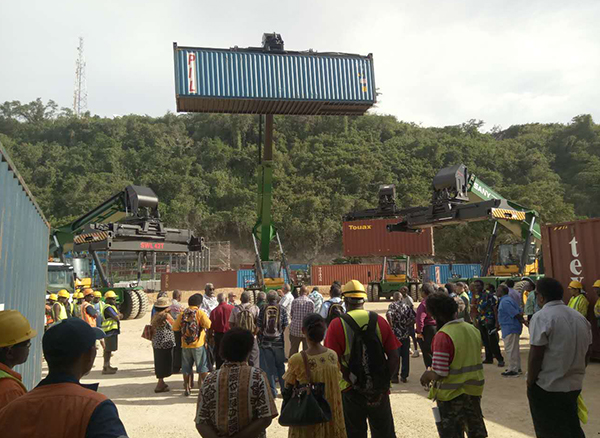 Made in China is exported overseas, and it will be far-reaching! This is a scene that makes Trinity proud, but it is hard to come by. In August 2015, the newly launched o2o system of our company received an inquiry lead from Vanuatu Port about the front crane, and the time was transferred to the corresponding person in charge at * 8982. The regional service strength is not covered, the payment may be difficult, and the customer is too sensitive to the price. These all make Fang Wang, a Sany Australian marketing representative, frown at a glance. Fortunately, the New Zealand agent Portstar, who has developed by himself, has strong service capabilities. Can cover Vanuatu. With this advantage, there is hope for success. There are thousands of enquiries, focusing on three or two. Follow up with all your strength! With the development and deepening of communication, the less obvious clues at first became more and more valuable. After months of extensive work, tedious technical communication and preparation of various documents were compiled and compiled. Competitive bidding scheme.

However, unexpectedly, in December 2015, Vanuatu's verbal reply was won by the old rival Kalmar, not Sany! In addition to disappointment, the marketing representatives and the dealers combed together from scratch: New Zealand used two cranes for more than 5,000 hours, and the content of the bidding documents was fully proven; Kalmar has not sold a crane in New Zealand for twenty years. And we provide a letter of praise for the famous port of Auckland; it can't be the price. There is no problem with the bidding, that is only persistence! Sure enough, the construction project sponsor rejected the choice of Vanuatu, and the Trinity Plan was awarded. 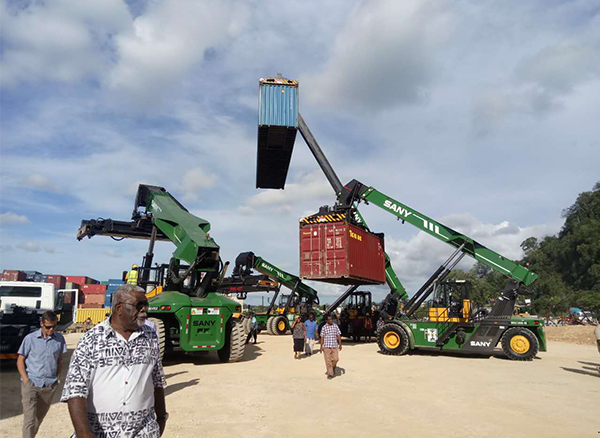 Vanuatu's 4 Sany Reach Stacker are a breakthrough for Sany in the Pacific island market, which greatly radiated neighboring countries such as Fiji, Tonga and Samoa. I believe this is just a new starting point and beginning!